Antigone Betrayed? The European Court of Human Rights’ Decisions on Conscientious Objection to Abortion in the Cases of Grimmark v. Sweden and Steen v. Sweden

The article deals with the recent decisions of the European Court of Human Rights in the cases of two Swedish midwives who claimed a right to conscientious objection to abortion under Article 9 of the European Convention on Human Rights (ECHR). After giving an overview of the relevant previous case-law of the Court, I argue that the decisions of inadmissibility in the midwives’ cases are a step backwards in the promising evolution of the Court’s jurisprudence that began with the judgments in the cases of Eweida and others v. the United Kingdom and Bayatyan v. Armenia. In particular, the Court’s reasoning in Grimmark v. Sweden and Steen v. Sweden failed to take into consideration the existence of a European consensus and the fact that less restrictive alternatives could have reasonably accommodated the conscientious claims of the two applicants. 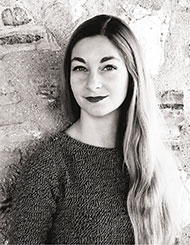