By investigating the long-term effect of migration for cognitive abilities in later life, this project combines two important developments, both with growing importance for Europe. The first one is intra-European migration. Of the more than 500 million inhabitants of the 28 EU member states, 19.3 million persons had been born in a different EU Member State than the one they are residing (Eurostat 2016). This makes the European Union “(…) the world’s best research laboratory on legal, transnational migration” (Migration Policy Institute 2017). The second one is cognitive ageing as fundamental aspect of the ageing process. Cognitive ability levels are of growing importance especially in ageing societies as they predict individual productivity better than any other observable individual characteristics (Skirbekk et al. 2011).

The classical comparison with the native reference group in the destination country does not allow for measuring the effect of migration itself. Therefore, this projects compares migrants to stayers in the respective origin country. Using an index combining the different measures for cognitive functioning available in the Survey of Health, Ageing and Retirement in Europe (SHARE), an instrumental variable approach (IV) is applied to deal with endogeneity in the first analytical step. The instrument uses the exogenous variation in the outflow of emigrants between countries and across time. In the second analytical step I take advantage of the available panel data structure and apply an individual level fixed effect model (FE) to observe possible differences in the process of cognitive decline between migrants and stayers.

The results of the IV models indicate that in the long-run migration turns out to have a negative effect on cognitive functioning. The negative effect gets weaker but remains significant when excluding the language sensitive verbal fluency test from the analysis. Running separate models for men and women brings effect heterogeneity to light: The negative effect of migration is larger for women. Regarding the process of cognitive decline the individual fixed effect models do not show significant differences between migrants and stayers. Here, other factors seem to be more relevant. 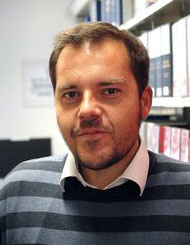 12-2020
Gruber, Stefan: "The effect of intra-European migration on cognitive abilities in later life".