Preventing interview falsifications during fieldwork in the Survey of Health, Ageing and Retirement in Europe (SHARE) | Munich Center for the Economics of Aging - MEA

Preventing interview falsifications during fieldwork in the Survey of Health, Ageing and Retirement in Europe (SHARE)

The fabrication of an entire interview, is a rare event in the Survey of Health, Ageing and Retirement in Europe (SHARE) but can nevertheless lead to negative consequences regarding the panel sample, such as a loss in sample size or the need for time-consuming data corrections of information collected in previous waves. The work presented in this article started with the discovery of a case of interviewer fabrication after fieldwork for the sixth wave of SHARE was completed. As a consequence, we developed a technical procedure to identify interview fabrication and deal with it during ongoing fieldwork in the seventh wave. Unlike previous work that often used small experimental datasets and/or only a few variables to identify fake interviews, we implemented a more complex approach with a multivariate cluster analysis using many indicators from the available CAPI data and paradata. Analyses with the known outcome (interview fabrication or not) in wave 6 revealed that we were able to correctly identify a large number of the truly faked interviews while keeping the rate of ‘false alarms’ rather low. With these promising results, we started using the same script during the fieldwork for wave 7. We provided the survey agencies with information for targeted (instead of random) back checks to increase the likelihood of confirming our initial suspicion. The results show that only a very small number of interview fabrications could be unequivocally identified. 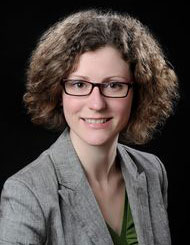