Is it unfair for the affluent to be able to purchase &quot;better&quot; healthcare? Existential standards and institutional norms in healthcare attitudes across 28 countries | Max-Planck-Institut für Sozialrecht und Sozialpolitik - MPISOC

Is it unfair for the affluent to be able to purchase "better" healthcare? Existential standards and institutional norms in healthcare attitudes across 28 countries

Existing research has found that individuals often perceive healthcare inequalities as unfair; yet, there is high
variation in unfairness perceptions between countries. This raises the question of whether the institutional
context of the healthcare system is associated with what people perceive as unfair. Using data from the ISSP
study and OECD health expenditure data from 2011/13, we explore whether individual attitudes about the
unfairness of healthcare inequality – the ability to purchase “better” healthcare for the affluent – vary systematically
with a country's institutional environment: namely, with the prevalence of cost barriers to healthcare
access, and with the degree and type of public healthcare financing. Three general findings emerge from the
analysis: (1) Higher cost barriers correlate with lower levels of perceived unfairness in healthcare inequality,
suggesting those exposed to greater levels of inequality tend to be more accepting of inequality. This finding is
consistent with empirical justice theory and the expected relevance of an ‘existential’ standard of justice,
stemming from individuals' proclivities to accept the status quo as just. (2) Further, greater public financing of
healthcare correlates with higher perceived unfairness. Drawing on neo-institutionalist theory, this may suggest
that greater public financing enshrines access to healthcare as a universal right, and hence provides an ideational
framing that delegitimizes unequal opportunities for purchasing better healthcare. (3) Further, higher unfairness
perceptions of lower income and educational groups are more strongly associated with greater public financing
than those of their respective comparison groups. This may indicate that the normative right to healthcare is of
particular importance to the disadvantaged, which could potentially explain the political quiescence on
healthcare of lower income and educated persons in societies that lack universal health systems. In sum, this
study contributes to the larger debate on the interrelatedness of healthcare institutions and public opinion, and
specifically on perceptions of unfairness. 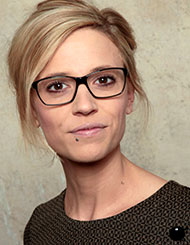