Diet can be considered an important element of health behavior. As studies show, changes in lifestyle and strategies of prevention can positively affect age-related diseases. Nevertheless, up to now, research on diet in old age as an element of health behavior has been insufficient. To date, information about individual eating habits of older Europeans exists mainly in national surveys. But comparison is limited due to different methodological approaches.

Employing data of the Survey of Health, Ageing and Retirement in Europe (SHARE), the aim of this project is to empirically describe the meat and fish consumption of the European population aged 50 and older and to present similarities and differences between countries.

Is meat a frequent or irregular part of meals? How do the different European countries differ in frequency of consumption? Furthermore, we pay close attention to the “professed meat-eaters”, aged people who eat meat on a daily basis – are there gender and age differences? On the other hand, we consider elders who eat meat very rarely and enquire whether they do so because of economic reasons.

In all of the 15 European countries under analysis, meat is being eaten on a regular basis and meatless nutrition is very rare. Daily meat consumption is more common among men. The share of older people who eat meat infrequently due to financial restrictions, is rather small in the majority of countries. 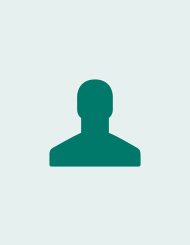