Current forecasts show that over half of the 50 year-old will live in a nursing home before they die (Hurd, Michaud and Rohwedder (2014)), and that public expenditure on long-term care will grow considerably in the near future (Lipszyc et al. (2012)). Furthermore, undergoing social changes in the family structure - more childless households, more working daughters, increased mobility of children - will require increasing provision of formal care arrangements. Nevertheless, in Europe as well as in the US, purchase rates of private LTC Insurance (LTCI) policies are extremely low.

On the demand side, one largely unexplored reason for the low LTCI purchase rates is whether individuals ignore or underestimate the future risk of not being able to cope with basic activities of daily living (ADL) due to a reduced degree of physical or cognitive capacity. This is a crucial, policy relevant question: if individuals have incorrect beliefs about their risk, they will make inefficient decisions, which ultimately will lead to higher risk of poverty and social exclusion in old age, excessive burden on families and higher fiscal pressure on the governments due to overcrowded public LTC provision.

In light of this, we propose to investigate individuals’ beliefs about their probability of developing ADL limitations sometime in the future, and their beliefs regarding the chances that their family and the public health care system will cover their needs in case they develop such limitations. Furthermore, we would like to perform an information experiment, where we randomly expose respondents with objective information about the current risk in the population of developing any ADL limitation. The aim is to assess whether the reason for such a low rate of LTCI purchase in the population is lack of information (or imprecise information) about the risk of actually needing LTC in the future. 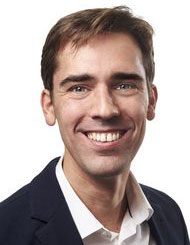