Investment in Human capital in the Presence of a Migration Option

The economic literature has acknowledged the possibility that own migration prospects could give additional incentives to invest in schooling, thereby mitigating the effect of the selection of high-skilled individuals into emigration. However, the counterfactual level of schooling investment in case of restrictive migration is not observed. In two papers, the project relies on the economic insight of a (generalized) Roy (1951) model of schooling investment and migration to recover this counterfactual quantity.

The first paper "Quantifying the Brain Drain: Evidence from Sub-Saharan Africa" measures the incentive, selection and net effects of emigration. The starting point is a generalized Roy model of schooling investment that emphasizes the distinction between migration attempt and actual migration. The model delivers a tractable approximation of the schooling investment in two counterfactual scenarios of restricted migration. The empirical analysis studies the effect of emigration from DR Congo, Ghana and Senegal to Europe. The most striking result is that, in contrast with other households, poor households in Senegal exhibit negative incentives to invest in schooling, because of the migration option. Thus, Senegal experiences a net decrease in the average schooling level as a consequence of migration.

The paper has ben submitted for publication.

The second paper extends the previous model by allowing for continuous level of education and uncertainty in the migration decision at the time of the schooling decision. It develops a novel identification result for the schooling investment in the presence of a migration option, thereby extending previous results on the identification of the Roy Model as in Eisenhauer, Heckmann and Vytlacil (2015).

A first working paper version the paper will be available in December 2018. 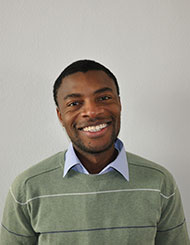