Implementation of an automated adaptive framework for SHARE survey software. | Munich Center for the Economics of Aging - MEA

Implementation of an automated adaptive framework for SHARE survey software.

This project involves the development and implementation of automation tools for test driven software development. The current operational process used to ensure the quality of the released CAPI software involves a lot of manual testing . In order to streamline this process and also to eliminate the repetitive, time consuming nature of the process, it was decided to partially automate this process using software(capture/playback) tools. Tool development is using C#.

The process of creating a test-automation tool started with the review of existing solutions and tools. The next steps included designing the basic architecture and creating test cases to use as input for this tool. This is an iterative process where test cases will be created for the preload and scenarios will be created and implemented according to project requirements. The initial strategy was to hardcode responses but a next step would be to do this on a more intuitive level. The possibility of using keystroke data to replicate errors is being explored. 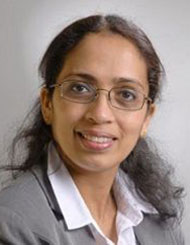