Most European countries experienced a considerable inflow of migrants from very diverse origin countries in the past 100 years. While the structural inclusion of young migrants, i.e. their educational attainment and labor market performance, has been in the focus of past research, little is known about elderly migrants. In order to identify migrants and their migration background in a more comprehensive way, SHARE introduced new questions on the country of birth of respondents’ mother and father in wave 5. We extensively tested the new possibilities to identify migrants and their naturalization status in SHARE and found that the new questions worked very well. Results have been published in the SHARE Wave 5: Innovations & Methodology volume.

Being able to better identify and classify elderly migrants in a general population survey like SHARE raises the question whether analyses focusing on different types of migrants produce skewed results due to selective participation. This is a particular problem as persons with severe language barriers are precluded from participating in the survey. Therefore, to get an estimate of the coverage of the migrant population in SHARE and possible selectivity of those migrants participating, in the second part of the project, we analyzed information collected during the interviewer contact stage. Even though SHARE was not designed to specifically survey migrants, we conclude that it is a viable dataset for analyzing migrants aged 50 and older both within and across countries.

Using the new extended identification, the third aim of the project was a comparison of the different groups of elderly migrants with the respective native population using two measures for social and material deprivation. First-generation migrants appear more frequently amongst the socially or materially deprived, while the second generation’s disadvantages are smaller, overall. After controlling for socioeconomic confounders, as well as for citizenship status and health indicators, this generational pattern attenuates slightly. A second stable pattern that emerged from this analysis reveals that disadvantage is more pronounced on the material dimension. These two patterns are in line with the view that migrants integrate into the host country’s society over time and from one generation to the next. In most SHARE countries, it seems that this assimilation process takes longer with regard to material deprivation as compared to social deprivation.

Results from the second and third part of the project have been published in the Book “Ageing in Europe – Supporting Policies for an Inclusive Society”. 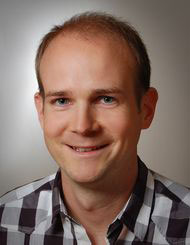