From ERIC network to an ERIC Forum

European Research Infrastructure Consortia (ERICs) are specific legal forms to facilitate the establishment and operation of research infrastructures with European interest. The Survey of Health, Aging and Retirement in Europe (SHARE) became the first ERIC in 2011. This gives it legal personality and capacity in all EU Member States and other partner countries of the ERIC. Meanwhile, more than 20 of such ERICs have been established coming from completely different scientific domains, but sharing the same legal structure. The EC together with established and upcoming ERICs, representatives of involved Ministries and experts have started in 2015 to meet on a regular basis to have a well-structured exchange of experiences. During the 4th ERIC network meeting in Amsterdam CERIC-ERIC, SHARE-ERIC and BBMRI-ERIC were asked to draft a proposal for an even deeper collaboration as an ERIC Forum based initially on a Memorandum of Understanding. The ERIC Forum aims at giving the ERICs a common voice, structured approach for overcoming common problems and supporting new ERICs. 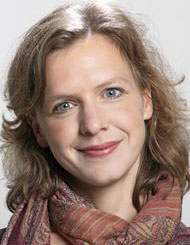