This project explores the inter-relationships between early retirement, mental health including cognition and subjective well-being and the size and composition of social networks among older people. While early retirement enables more leisure and relieves stressful job conditions, it also accelerates cognitive decline. We show in the first paper of this project, based on SHARE data, that part of this accelerated cognitive ageing occurs because social networks shrink especially after early retirement. Social contacts are a side effect of employment that keeps workers mentally agile. Social contacts, especially with friends, however, decline gradually after retirement, with an acceleration effect when retirement was early. The paper therefore puts some shade on the popular notion that early retirement is bliss.

Current work refines the identification strategy by using GMM estimators. In addition, we will take the heterogeneity of work places into account, including “soft factors” such as the effort/reward balance.

This project has been successfully completed with a publication in the First Results Book of Wave 4 of SHARE. 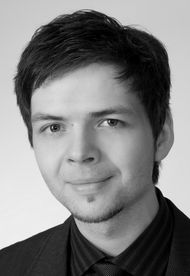