The Unequal Burden of Retirement Reform: Evidence from Australia | Munich Center for the Economics of Aging - MEA

You are here:
In Cooperation with MEA

The Unequal Burden of Retirement Reform: Evidence from Australia

As many governments attempt to contain rising expenditure on retirement pensions by increasing eligibility ages, there are concerns that such reforms disproportionately affect poorer households. In this paper, I examine this trade-off in the context of a 1994 Australian reform that increased women's pension-eligibility age from 60 to 65. Using detailed longitudinal data, I estimate that each one-year increase in the pension age reduced net government expenditure by 800 million dollars per annum. However, the responses to the reform - increased employment and higher receipt of other transfers - were concentrated among poorer households, as were the negative effects on household incomes. These unequal impacts meant that, among affected cohorts, the reform increased relative poverty rates by 33 to 39 percent and inequality measures by 12 to 15 percent. The results also highlight the importance of other government transfers in attenuating the fiscal and regressive impacts. Back-of-the-envelope calculations indicate that, without other transfers, the fiscal savings and regressive impacts would have been two- and four-times larger respectively. 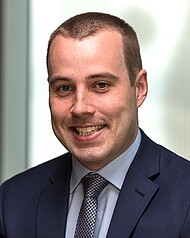