Collecting blood samples in international surveys is challenging. While venous blood samples (VBS) from blood serum are the reference values for clinical chemistry, the costs of VBS are prohibitive for a large international population-representative survey. The advantage of collecting dried blood spot (DBS) samples rather than VBS is that DBS can be collected by lay interviewers at much lower costs while VBS require nurses (Williams and McDade 2009, Brindle et al. 2014). However, these samples are not collected under controlled laboratory conditions, but under fieldwork conditions (such as outside temperature and shipment time) that may vary between samples. The biomarker values measured in these samples might be influenced by these conditions. Additionally, sample quality varies between samples and might also have an impact on the measured values.

In the frame of this project, a laboratory experiment was conducted to identify this impact. We created DBS samples under controlled laboratory conditions, exposed them to simulated fieldwork conditions and analysed a set of cytokines in the samples. The aim of the study is to develop marker-specific conversion formulae that can be used re-calculate the “raw” value measured in fieldwork collected DBS samples in SHARE. We obtain biomarker values adjusted for the impact of the varying fieldwork conditions. 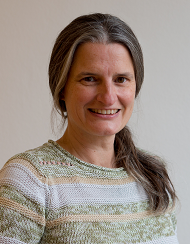