Research
You are here:

Bodyweight and cognitive performance in the older population

Preservation of cognitive function is one of the major concerns in contemporary ageing populations. Overweight and obesity, the prevalence of which have been increasing in many countries all over the world, have been identified as risk factors for poor health development: They appear to be related to several diseases including diabetes mellitus, hypertension, cardiovascular diseases, but also poor cognitive performance. At the same time, a phenomenon called “obesity paradox” or “jolly fat” is discussed in literature. It indicates a counterintuitive positive relation between (over-)weight and certain health outcomes, particularly for mental and cardiovascular diseases, but also for cognitive development.

This project examines the relationship between bodyweight change and the development of cognitive functioning in older age and challenges the notion of an obesity paradox in cognition. To this end, we use longitudinal data from the Survey of Health, Ageing and Retirement in Europe (SHARE) and employ asymmetric fixed effects regression, accounting for possible confounding variables such as age, grip strength, health conditions, and physical activity. Additionally, we investigate possible heterogeneity in the BMI-cognition relation.

First results of this project have been published in the SHARE First Results “Health and Socio-economic Status over the Life Course”. A full paper based on extended and refined analyses is available and is currently under review for publication. 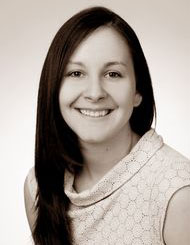