Can firms see into the future? Survey evidence from Germany | Munich Center for the Economics of Aging - MEA

Can firms see into the future? Survey evidence from Germany

This paper presents new evidence on the expectation formation process of firms from a survey of the German manufacturing sector. First, firms become too optimistic after their business has improved, consistent with the over-extrapolation of their experience. Second, firms extrapolate improvements in their business more than deteriorations. Third, firms are more optimistic (pessimistic) than usual during business cycle peaks (troughs), suggesting that they do not anticipate reversals. Fourth, the German reunification provided a positive exogenous shock to the business of West German products. The industries most positively affected by the shock initially over-extrapolated the past downward trend just as much as the less affected industries, and thus failed to anticipate the reversal. Fifth, more overoptimistic firms subsequently report larger inventories and lower profits, suggesting that expectation errors entail (opportunity) costs. Sixth, older and larger firms show a smaller extrapolation bias, indicating that time and resources can alleviate the extrapolation bias. Seventh, firms that expect their business to improve tend to also expect their prices to increase, suggesting that firms mostly try to forecast demand shocks as opposed to supply shocks. Overall, these observations suggest that firms have a limited ability to anticipate changes in their activity and extrapolate their experience too much. 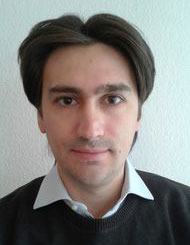