The development of the pension gap and German households’ saving behavior

In this study we investigate the future development of the so-called pension gap. First, we simulate the pension gap and the filling of this gap under different assumptions for the so-called “standard pensioner”. Second, we examine the savings behavior of German households and the individual possibilities to close the pension gap. We use data from the SAVE panel, a representative longitudinal data set on households' financial behavior, and from SHARE-RV data, the German sub-sample of the Survey of Health Ageing and Retirement in Europe that has been developed in cooperation with the German Pension Fund (Gesetzliche Rentenversicherung). The projections for the “standard pensioner” as well as the calculations based on household data show that a funded supplementary pension can buffer the future reductions of the public pensions to some degree: On average, households can fill the pension gap even if the interest rates remain on a low level. However, current low interest rates make it difficult for some households to completely close the gap. Households which cannot achieve this goal because of their low savings rates are present among all income and educational groups.

While life-cycle theory makes the clear prediction that people dissave at old-age, this prediction is not at all borne out by the data from many countries. Various suggestions have been made to explain this discrepancy. In his paper, MEA researcher Michael Ziegelmeyer sheds more light on the effect of the exclusion of institutionalized individuals in estimating saving rates over old-age. 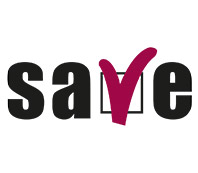 Germany Learns to Save for Old Age

The governmental subsidized old-age provision, the Riester-pension scheme, is gaining an enormous increase in popularity. Although not having found much approval by savers in the first few years when introduced, it has now emerged as saver’s absolute favourite amongst private old-age provision models. But despite the growing importance of the Riester pension very few detailed studies have examined these developments so far.

How Germans Earn Their Fortune - Trends in Household Portfolio Behavior

German household portfolio behavior still differs a lot from that of other countries. The share of assets in banks and savings banks is comparably high, while stocks and investment fonts play a minor role. Nevertheless they can look back on a history of amazing growth in the last years, although they are still not able to approach internationally common household portfolio shares.

The „Asset Meltdown“: A Popular Hypothesis Put into Perspective

According to the lifecycle theory of consumption and savings, households de-cumulate their asset holdings during retirement. In an aging society this effect leads to a decrease of aggregate household savings. Two developments additionally accelerate this process. First, in aging societies, the rate of return to capital goes down which may further decrease retirement savings. Second, the retirement of the baby boomers will speed up this process. Pessimists therefore forecast a massive decline of household demand for financial assets, as well as a decline in capital returns and a massive meltdown of wealth to occur when the baby boomers retire. This financial horror scenario, also known as the "Asset Meltdown Hypothesis", has been challenged by Axel Börsch-Supan, Alexander Ludwig and Joachim Winter.

The German Save Study - Design and Results