Financial protection in old age is indisputably one of the core objectives of modern welfare states and based on a major share of social expenditure. Yet, its legal implementation and institutional organisation vary widely across countries and are often subject to political debate. Despite common pressures posed by demographic and societal change, these national differences in old age security are likely to remain, as the current legal foundations actively shape today’s policy making and dictate – at least to some degree – the pace and direction of future reforms. The research project Pension Maps examines these legal foundations of old age security in Europe and selected non-European countries with the objective of providing a comprehensive and systematic legal overview of the institutional landscape of national old age security in the form of a large-scale cross-country comparative analysis. The information on each system are summarized in a concise country report.

The core element of a country report is the so-called Pension Map, a visual representation of the respective national old age security system. The Pension Map is designed in accordance with an analytical framework (see below) and uses different illustrative tools (size, colour, shapes) to picture all relevant information in a single image. By capturing the multifaceted interplay of different pension schemes, the Pension Map provides answers to the following research questions at one glance:

Pinpointing the basic characteristics of old age security systems requires a systematic approach based on relevant concepts and categories. To this end, the Department of Foreign and International Social Law has developed an analytical framework. The product of this work is a new systematisation of old age security which captures the multifaceted interplay of different old age pension schemes. It utilises the following categories in order to facilitate cross-country comparative research: 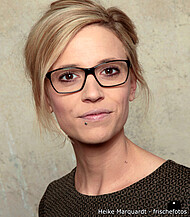