Morality, Compensation, and the Contractual Obligation

This project investigates the extent to which individuals perceive contractual violations as immoral. For this purpose, predictions from different theories of contractual obligation are compared to the results of various surveys conducted online. Participants read a real-life scenario in which one of the parties might breach a contract or divert from its original purview under varying conditions and with diverse consequences for the debtor and the beneficiary. The results indicate that most people do not perceive breaches of contract as immoral if the injured party receives compensation for it. However, if compensation is not received, people often assess the moral value of a breach of contract on the basis of its consequences. Here, the injustice of the outcome – rather than its inefficiency – becomes the decisive factor.

Contract law reflects this moral view: it allows courts to void a contract on the grounds of legal impossibility or impracticability if the breach is fair and if exceptionally high loss is thus prevented by the debtor. Contracts cannot be terminated if the breach is unfair and the debtor commits the breach of contract in order to profit from a substitutive transaction. Moreover, the law does not punish breaches and does not necessarily ask the debtor to obey to their part of the contract, but rather aims to compensate the victim. Thus, contract law reflects most people's perception of violations from a normative perspective – if followed by compensation: they would not consider a breach of contract as morally wrong. 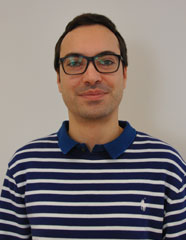