In the comparative law part, the legal design of the communication relationship between the administration and citizens in social law proceedings in Germany and Taiwan is presented. The provisions include both the general part of (social) administrative procedural law and the specific branches of social law. Different types of communicative procedural rights are presented, which serve different purposes during the procedure. Finally, it is examined whether the existing provisions take sufficient account of the functions of communication and the specific features of social law. 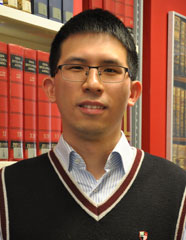