History of the Social Law Department

The Beginnings of Social Law Research

The Beginnings of Social Law Research 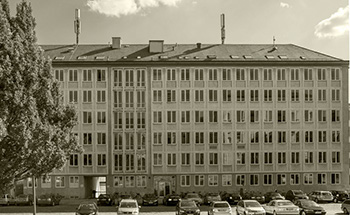 Unlike any other field of law, social law is an expression of social circumstances as well as an instrument for shaping society. Systematically assessing social law and carving out its unique characteristics – both with regard to Germany and, by means of legal comparison, also to other countries – was the main task the Max Planck Project Group was confronted with when it commenced its activities on 1 March 1976, forty years ago. For the research team headed by Hans F. Zacher (1928 – 2015) this meant a virtually new beginning: hardly any research on the topic had been done for them to build on, and as yet no relevant library had been set up either.

As the only research group of its kind, Zacher and his team were pioneers on a global stage. Not only did the scientists have to develop the basic methodology and systems of social law research – they also had to lay down the basic concept of social law. Further questions had to be addressed. What does the juridification of social relationships mean for a society? And in turn, what does it mean for law as such if law is to serve social purposes? What, in particular, does it mean for a person’s life if this life is governed not only by direct regulations, but also indirectly, for example through facts which either open up or close access to social services? 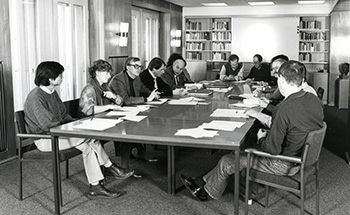 The researchers approached their complex subject matter from two different angles: on the one hand, they looked into specific topical issues; on the other hand, they did comparative research on the social law systems of other countries. Both approaches were interconnected. During the early years, the Project Group particularly dealt with the development of social insurance, the procedures of social service provision, the issue of social security for authors and artists, as well as the legal status of social workers. With regard to countries, the scholars initially focused their research on France, Great Britain, Italy, Canada, the GDR and the Soviet Union, as well as on Mexico and Algeria. Furthermore, they significantly contributed to the academic study of international social law as well as of the supranational social law of the present-day European Union.

The Senate of the Max Planck Society soon realized the necessity of establishing social law as a legitimate and independent field of research. On 1 January 1980, almost four years after having taken up its work, the Project Group was converted into a Max Planck Institute. To this day, the researchers of the Social Law Department have combined exemplary work on specific issues with extensive basic research, recently with a particular focus on fundamental change processes. Change will remain a constant within social law and it will continue to be a challenge for researchers in this area. This is why, to use Zacher’s own words, it is all the more important “that, by drawing on the knowledge and experience already gained, we shall continue to identify those problems which – when discussed from a comparative perspective and at the international level – offer the most fruitful solutions for the national and the international society.“

Georg Wannagat, former president of the Federal Social Court, as early as 1972 suggested the foundation of a Max Planck Institute for international social law in order to bring more scientific attention to this field of law. Very few scientists engaged in social law research at that time in Germany, especially not with regard to fundamental questions. 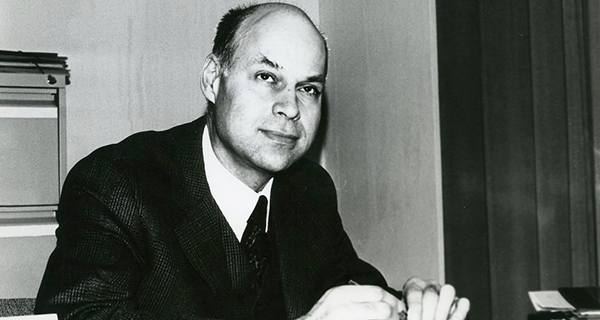 Hans F. Zacher was not only the founding director of the Max Planck Institute for Foreign and International Social Law but also the founder of social law studies after the Second World War. His work was characterized by a constant effort to systematize and theoretically ground the wildly growing body of social law.

From 1990 to 1996, Zacher served also as President of the Max Planck Society and, thus, the first humanities scholar in this position. During his term, numerous Max Planck Institutes were installed in the newly-formed German states. Zacher passed away on 18 February 2015 after a fulfilled and highly successful life.

List of Publications of Hans F. Zacher (in German)

The year 1976 not only defined the beginnings of social law research after World War II. On 1 January of the same year, the First Part of the German Social Security Code entered into force. Until today, twelve volumes have been adopted and continuously amended. 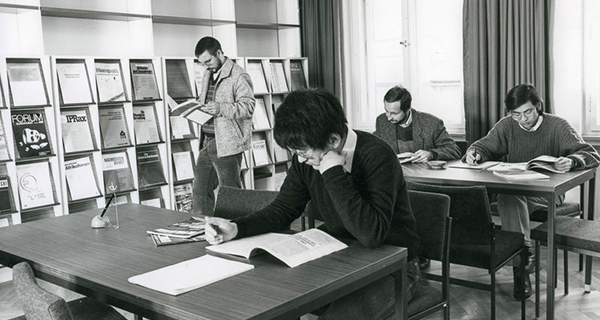 Today, the Institute's library houses the largest holdings of literature on social policy and, particularly, social law as well as a couch on which - as rumour has it - already the great Jürgen Habermas used to sit.

Among the big conferences of the first decade of the Intstitute were "Bismarck's social legislation in international perspective“ that took place in 1981 in Berlin, as well as the International Conference on Social Welfare in 1988, in which also the then Federal Minister for Familiy Affairs, Rita Süßmuth, participated.